The beginning of Route 103 Auto…
Not that long ago, Roger was just a youngster who loved cars. From an early age he loved watching them race, he loved working on them, and as he grew older, he especially loved buying & selling them! Roger spent much of his growing up life in garages or the shop… after all, automotive does run in the family blood!

At a young age, Roger had the opportunity to rebuild a 1973 VW Superbeetle with his father – which was when his passion for automotive really ignited! Following his dream of working on cars, he signed up for an auto repair course in school. Before he was able to attend the course, it was removed from the school program and he resigned to taking wood-working instead. During this time, he realized that he was going to need some income if he was going to continue with his expensive automotive hobby. He was lucky enough to land a part-time job at a local millwork shop which later turned into a very successful full-time position. 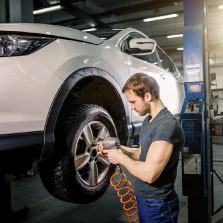 Life was off to a great start for Roger - marriage, a house, and a family all followed closely behind. Shortly after getting married, the full-time job turned into an opportunity to own the business. Roger and his brother-in-law went into business together, and over the next 20 years Vermont Hardwoods turned into a very well-established hardwood millwork facility. During all that time, Roger never lost his passion for cars. He was blessed with three boys and two girls over the years. As they grew into young adults, he was given the opportunity to rebuild several cars alongside his kids. To this day, he and his kids remember those times very fondly! 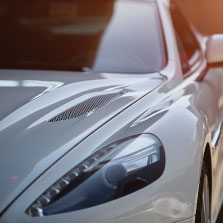 This was when Roger felt his passion for cars re-ignite. He began thinking of following his childhood dream of buying an autobody or auto repair business. In 2009, the dream finally began to look real when he located an autobody shop up for sale. A deal was struck, and a closing date was set. Roger sold out of Vermont Hardwoods in anticipation of the new business prospect. Sadly, at the last moment the deal fell through and Roger was left jobless, and with a family to support.

Roger knew that he was really looking for something where he could combine his passion to serve people and his passion for cars. After much soul and job searching, Roger & his wife Ruthanne decided to finish their personal garage and start Route 103 Auto.

In June of 2010, Route 103 Auto opened to the public. Initially, Roger took care of everything on his own. He wrote estimates, worked on cars, ordered parts, built the website, and took care of the books. Eventually, business picked up and extra hands were needed. Ruthanne stepped in to help with local advertising and some of the estimating and office needs. Additional technicians were hired, and business became busier and busier. In 2012, Roger hired his daughter Jenni to take over the role of Service Advisor. Jenni quickly caught on to the dream of providing excellent customer service and performing high quality repairs. To this day, she still enjoys her daily interactions with each customer.

Route 103 Auto started as just a dream – built on honesty, integrity, and one man’s commitment to providing only excellent customer service and the highest quality repairs possible. Years later, Route 103 Auto and their knowledgeable team of employees still stand true to the original values that the business was built on. We truly care about every customer, and each transaction is more than just a business exchange. We would love the opportunity to redefine your automotive repair experience!